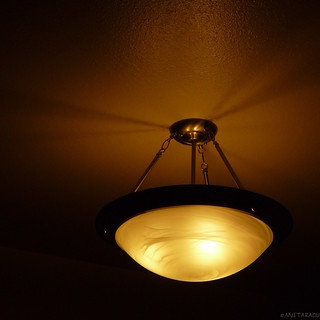 I clicked this picture, and a dozen others, at a time when I was crazy about exposure settings; there was something immensely satisfying about messing up the amount of light that is ‘normally’ captured in a photograph. The negative exposure in this picture brought about a lot of effects. It changed the mood of the atmosphere to a sombre one since the intensity of the yellow incandescent light seeping through the lamp shade was reduced drastically. It made the swirling pattern of the lampshade emerge — I had stayed in that apartment for many months by then, and had seriously not noticed this pattern much. There is also some play of light and multiple shadows on the ceiling, which adds another element of interest to the picture.

Unauthorized use and/or duplication of the material in this blog without permission from its owner is strictly prohibited. 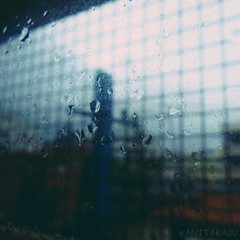