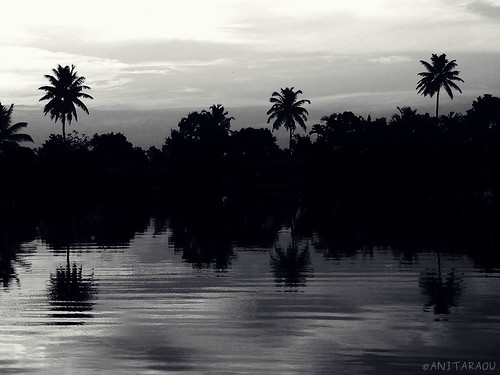 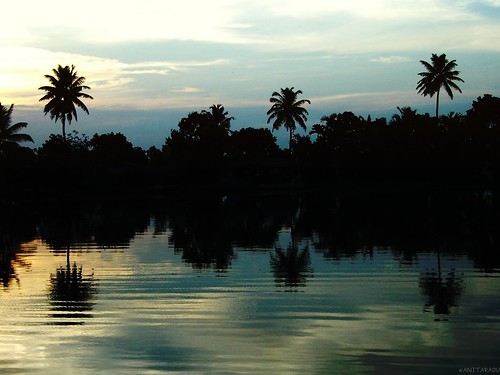 If only I could enjoy this every day!

One of my early photographs while on a boat ride in Kerala. 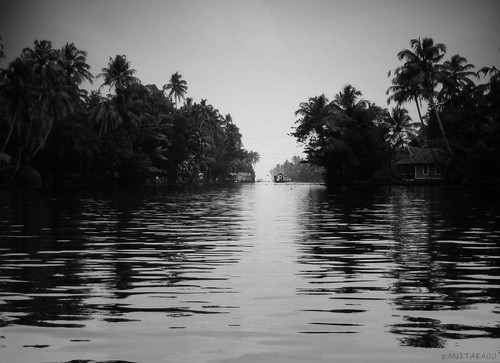 Another beautiful sight of reflected greenery on the backwaters of Kerala. I love this higher-contrast, vignetted, monochrome version of the photograph, so it goes as a submission to this week’s Monochrome Madness. (Yes, I remembered to send my submission to Leanne this week! 😀 ) 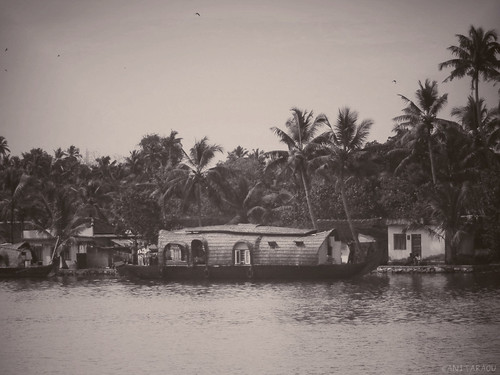 Houseboats are a common sight along the backwaters of Kerala. Though I’ve not been in one, I had plenty of opportunities to click them. This one’s a houseboat amongst houses — like it’s trying to blend in or camouflage itself, albeit unsuccessfully. 🙂

I post-processed this picture to make it feel vintage and nostalgic, and am pleased with how it turned out.

I’d thought of submitting this to the Monochrome Madness series hosted by Leanne Cole, but after I skipped the series for a couple of months, I keep forgetting and missing the deadline every time. I know, I can set a reminder, but reminders make things feel like chores… 😉 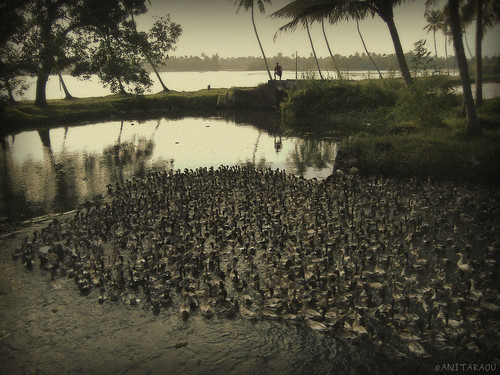 While on a boat ride in Kerala, these ducks were paddling away furiously beside us. They overtook us eventually. I’d never seen so many ducks gathered together! It was pretty difficult getting a clear picture due to the relative motion of the boat and the ducks, and this is the best of the few that I managed to click.

What makes this photograph funny to me is the random guy inadvertently (or deliberately?) posing at the back. 🙂 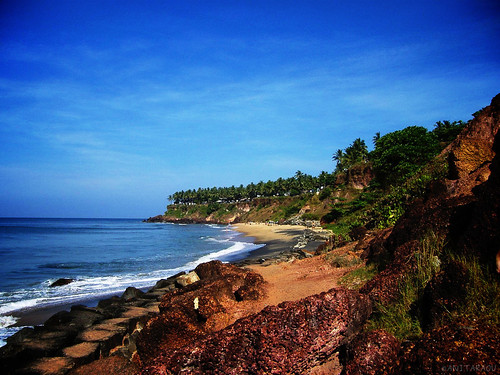 A beach at Kerala. I like how the dark vignette gives an oversaturated look to the photograph that already has rich colors, making the scenery more vivid.

Yet again, I’m amazed at how well-suited monochrome is for certain types of pictures. What that type is, I’m still trying to define conclusively. There are some muddled concepts in my head about hue and saturation and light, but they’re laughing at me right now so I’m ignoring them for a while. 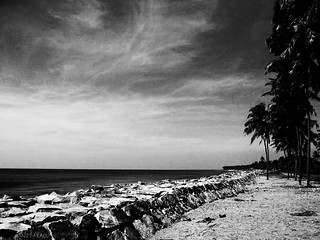 Meanwhile, this photograph that I clicked while strolling around on a sunny afternoon at Kerala was a surprise beauty after some monochrome tweaks. The original photograph had a sky that was just overwhelmingly blue, but with zero saturation and some contrast, the clouds came out of hiding. This monochrome also highlights the harsh effects of the afternoon sun without giving them too much prominence.